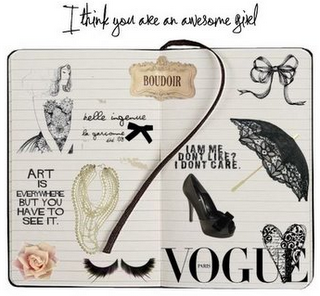 Thank you to Kae @The Hungry Asian, Delaynee @Dee's Stuff, Celine @Le Bazar de Celinette, and Chocaddict @Mon Coin a Moua for tagging me. It has been years since I've done one of these. I had a hard time coming up with my ten random facts because I always thought there wasn't anything too interesting about me. However, I realized that I haven't posted too much about myself on this blog, so here is a little something for you to get to know me better. Everyone elses' random facts were all really interesting, I'm afraid mine will sound dry and boring, but here it goes...

1. Aside from collecting nail polish, I also collect coat hangers. I like to have them arranged in colour along with my clothes. I have been on a continuous search to find colourful coat hangers ever since I picked up a bunch of them at a dollar store in Sapporo. I believe this obsession started because of my love for colours, it's probably the same reason why I started collecting nail polishes as well. :D

2. Exactly two years ago, I broke my right index finger after a really heavy piece of metal fell and slammed on it. As a reflex action, I immediately pulled my finger away which caused my entire finger nail to come off right from the root. I shall not get into the details, but let's just say it wasn't a pretty sight. The doctor at the emergency told me that since the nail bed was severely damaged, my nail is never going to grow back like how it was before again. I was so upset, I couldn't stop crying the entire night. Lol! However, very fortunately, my nail grew back out approximately seven months later looking perfectly normal and without any ridges at all. I'm sure this was definitely a miracle! :D

3. I love Japanese Kit Kats! They release the most interesting limited edition flavours every season.

4. I have three very wonderful sisters. (They're all older than me!) I didn't ask for their permission to post this picture, but everyone looks pretty in it so let's hope they won't get too mad at me even when they see this. n_n From left to right: Me, Lily, Wendy, and Leslie


Edit: Heh, sorry I had to take the pic off. XD
5. While I was in Hong Kong this summer, I did something totally out of my character. I don't usually exercise nor do I play sports, but I went to learn Wing Chun, a form of Chinese martial arts that specializes in close-range combat. I don't really know what made me go take kung fu lessons, but I'll have to admit that it was certainly a lot of fun! :D
6. I have three Malteses, actually they're more like Lily's. *cough*cough* They're absolutely the most adorable doggies on this planet. From left to right: Mui Mui, Momo, and BB : )

7. I love homemade cheesecakes! In fact, you must try this recipe if you haven't already. White Chocolate Raspberry Cheesecake. It's from Allrecipes.com, definitely the Best. Cheesecake. Ever. :D

8. My name is actually pronounced [wan] as in can, fan, man, pan, van...hahaha I think you get the point; it's pronounced with a short "a". I have been constantly correcting other people throughout the past 20 years of my life since the majority of them tend to pronounce it as [won].


9. Others have always commented on how pale I am. This is in perfect correlation to my name because according to the dictionary, wan means pale, sickly, and lacking natural colour. Teeheehee! n_n

10. I love chocolates! There was this one time where I spent nearly five hours googling up a chocolate cafe located in Tokyo. They make a huge variety of 56 different flavours from Maccha to Lavender to even Basil. The flavours are named either after the place of origin from where the cocoa beans were cultivated, the variety of spice and herb that was infused into them, the type of sweetener or milk used, or the type of flavour added. My very lovely sisters got these for me when they went to Tokyo last, last fall. n_n

I don't want to pick out specific blogs so I'd like to tag all of you who would like to do this and have not done it yet. :D
Posted by Wan at 11:04 PM
Email ThisBlogThis!Share to TwitterShare to FacebookShare to Pinterest